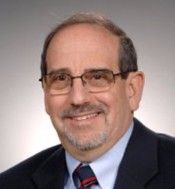 The Harry S. Hertz Leadership Award, given by the Baldrige Foundation, recognizes an individual whose behaviors provide a role model for others. While no one person in an organization can be credited with the achievement of excellence, this award will recognize and set forth role-model leader behaviors that have inspired, encouraged, challenged, and empowered others to achieve performance excellence.

The Foundation created the Harry S. Hertz leadership award in 2013, to honor a role model leader who had inspired, encouraged, challenged and empowered others to achieve performance excellence. It was named after Harry Hertz, the first winner, because he personified the Baldrige Core Values and Leadership Behaviors: visionary leadership, customer-focused excellence, valuing people, organizational learning and agility, focus on success, managing for innovation, management by fact, societal responsibility, ethics and transparency, delivering value and results and a systems perspective.

Harry Hertz is not a household name, but in C-Suites throughout the country, and at the executive level of manufacturers, school systems and healthcare systems, Harry Hertz is a Titan. Until retiring in June of 2013, Dr. Hertz was the Director of the Baldrige Performance Excellence Program and is the person largely credited for keeping the Criteria for Performance Excellence relevant in a rapidly changing world.

The award is presented each year at the Baldrige Quest for Excellence conference.

Award recipients share how they lead their organizations and inspire their people to achieve high performance, and become counselors for excellence throughout the Baldrige community.