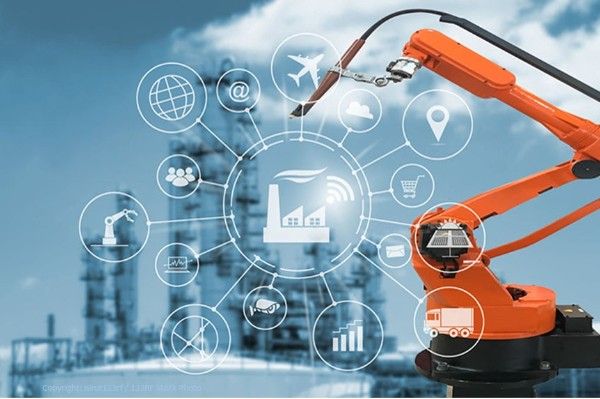 "The Malcolm Baldrige National Quality Award is the only award for excellence granted by the President of the United States, and it is only fitting that he do so because this public-private partnership generates $1 billion per year in economic activity."
-- Wilbur Ross, U.S. Secretary of Commerce

Baldrige is America's Best Investment. The Malcolm Baldrige National Quality Award was born of the quality crisis in American manufacturing in the 1970s and the 1980s. Many of America’s competitors had developed quality award systems and prizes, like the Deming Prize in Japan, and their manufacturers were outperforming their American competitors.

"The Baldrige Criteria challenged us to become leaders by any measure, and we succeeded, seeing productivity, customer loyalty, employee engagement, and financial returns. This award sets the standard for U.S. organizations, driving innovation and economic competitiveness." -- Sam Liang, CEO and President, MEDRAD, Inc.

The Malcolm Baldrige National Quality Award was supposed to be the prize that would motivate companies to undertake the Baldrige challenge. Yet it has become apparent over nearly 30 years of experience with the Baldrige Excellence Framework that the true payoff comes from the journey. The leaders of virtually every Baldrige Award recipient organization say that very same thing, that it is the improvement in performance from undertaking the Baldrige journey that is the real prize.

"The economic environment is difficult for Cargill Corn Milling, as it is difficult for many manufacturing companies today. But the reality is that by utilizing the processes and tools that we've learned from Baldrige, we're able to not only meet these challenges but actually to excel in them. The Baldrige Criteria teach us how to put processes in place that allow us to actualize the things that are most important in driving our business success."
-- Alan Willits, President, Cargill Corn Milling

From the perspective of assessing the economic impact of the Baldrige Performance Excellence Program over 30 years, that means that assessing the improvements in profits, reductions in costs, enhancement of customer and employee satisfaction, higher levels of employment, and other benefits achieved by the Baldrige Award recipients will yield only a small percentage of the total value generated for the American economy. Such an assessment will miss the gains achieved by the hundreds of organizations on the journey that have not yet, or may never, win a Baldrige Award or one of the state-level Baldrige-based awards.

The total value generated by the Baldrige Enterprise derives from three distinct sources. The first and most obvious is the actual process and performance changes of the organizations employing the Baldrige Framework. Over the years, BPEP has collected data from the Baldrige Award recipient organizations, and their gains are impressive. The Bureaus of Economic Analysis and Labor Statistics report that organizations that have twice won the Baldrige Award demonstrate a stunning 92.6 percent increase in median revenue growth in the period between winning their awards; job growth at 2.5 percent, nearly 20 times greater than matched industries; and growth in the number of business sites of 84 percent.

"We've always had a passion for customer satisfaction, continuous improvement, our industry, and our way of life. But Baldrige helps us serve customers better than we ever imagined. We are truly thankful for this gift of Baldrige to America.”
--Matt Fleming, President, MidwayUSA

“The purpose of the awards we present today is not just to reward these top-performing organizations. From the beginning, the Baldrige Criteria and the Baldrige Awards were designed to trigger transformational chain reactions that would yield a stronger, more competitive economy and a better quality of life for the people of this country.”

A very crucial step in that chain reaction is the identification of role models, living and breathing organizations that we can relate to, can communicate with, and therefore can learn from.”

"I cannot think of a better way to verify the sustainability of a business model than using the Malcolm Baldrige National Quality Award process to confirm that your founding business principles continue to be the foundation upon which you grow.”
--Michael Luker, President, Cargill Kitchen Solutions (formerly Sunny Fresh Foods, Inc.)


The third source of value is the vast army of highly-trained volunteers that donate thousands of hours of consulting and teaching to organizations on the Baldrige journey. These are largely examiners and judges for the Baldrige Performance Excellence Program at the national level, and for the state and local Baldrige-based programs. The 2013 estimate of the cash-value equivalent for management consulting was more than $37 million.

Several empirical assessments have quantified the total economic impact of the Baldrige Enterprise. U.S. Secretary of Commerce Wilbur Ross said in April 2017, that the Baldrige public-private partnership generates $1 billion each year in economic impact.  In 2011, economists Albert Link of the University of North Carolina at Greensboro and John Scott at Dartmouth College, calculated that the benefit to cost ratio of the Baldrige Performance Excellence Program was 820 to one. And remember, those assessments are only looking at part of the picture.

Some of the specific company-level improvements driven by Baldrige include the following:

The evidence proves that Baldrige is America’s Best Investment. #BaldrigeforGrowth.

For additional data on the impact of Baldrige on manufacturing, click this link and you will be taken to the NIST/Baldrige Program website.