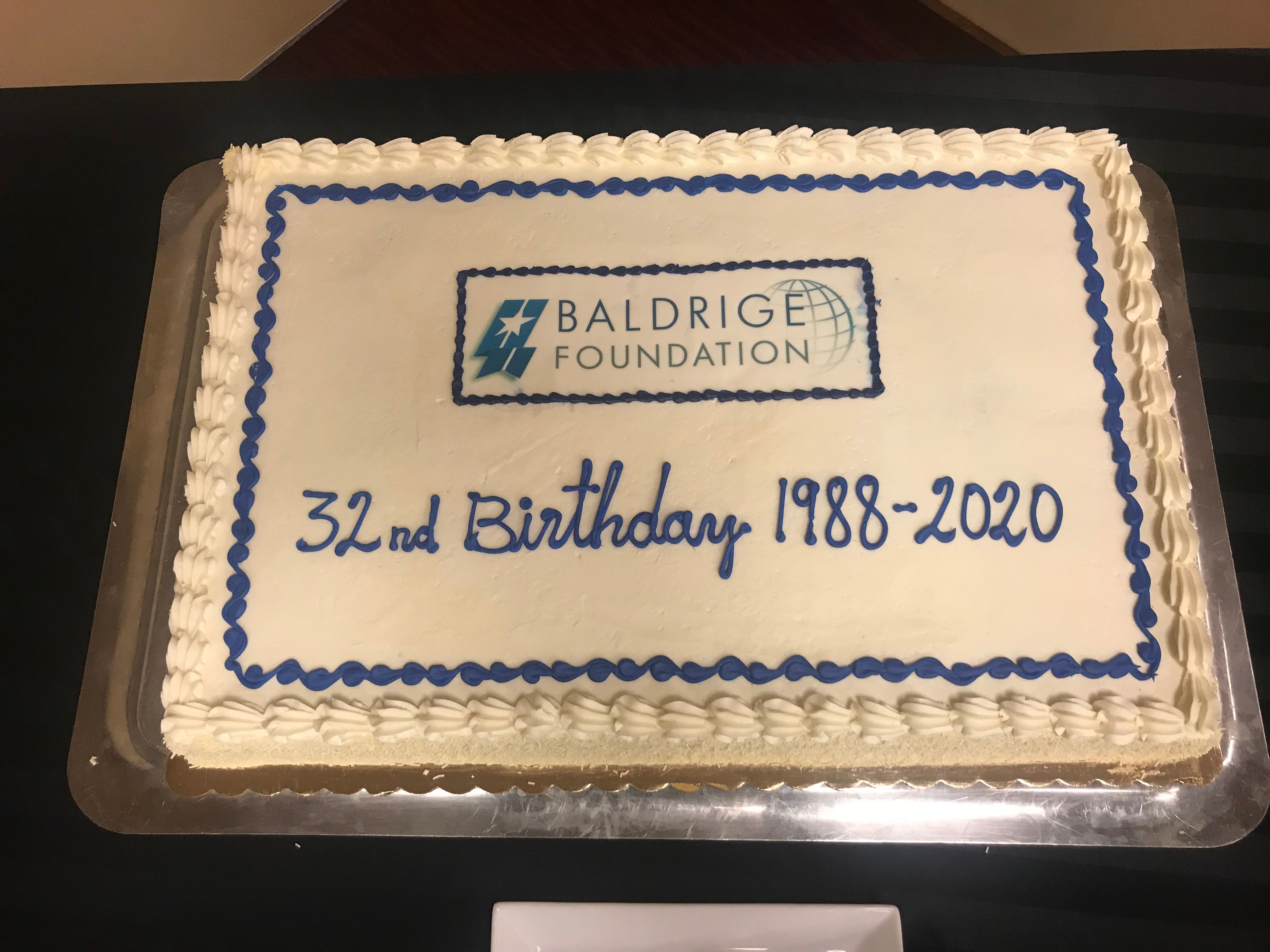 Instrumental in granting these awards, established in the law, is a public-private partnership between the National Institute of Standards and Technology (NIST) within the Department of Commerce and the Baldrige Foundation. The legislation provides the US Secretary of Commerce the authority to seek and accept gifts from private sources to carry out the program. The Foundation for the Malcolm Baldrige Quality Award was created to raise funds to endow the Award.

“Today, February 8, 2020, we celebrate the 32nd anniversary of the incorporation of the Baldrige Foundation” said Foundation President and CEO Al Faber. “For more than thirty years, the Foundation has been the primary source of private funding in support of the National Quality Award and the Baldrige Performance Excellence Program (BPEP) within NIST.”

“The role of the Foundation,” Faber continued, “is to help secure the future of the National Quality Award Program, and we do that by raising private funds and advocating for the program. Since 1988, the Foundation has transferred to the Department of Commerce over $40 million dollars in support of the Baldrige Program."

Baldrige is a leadership and management framework with a systems-level, customer driven organizational assessment and design approach that has proven to enhance the performance of organizations across every sector of the economy compared to non-Baldrige peers. Baldrige generates an empirically-documented return on investment of $820 in cost savings and performance enhancements for each $1 spent. The relevant data in this peer-reviewed study can be found here.

“We must continue to build private-sector support for the Baldrige Program and its future,” said Faber.  “While at the same time, keeping members of Congress and the Administration aware of the positive impact Baldrige is having throughout the American economy, in communities across the US, and in cybersecurity and rural health care.  The Baldrige impact is indisputable.” As noted by Commerce Secretary Wilbur Ross, when he stated at the Quest for Excellence® conference in 2018 “Baldrige generates about $1 billion in economic activity each year.”  And more recently, “Baldrige embodies the competitive spirit and commitment to excellence that drive the American economy forward.” “This is the legacy and future we are working hard to promote each and every day here at the Foundation,” said Faber.